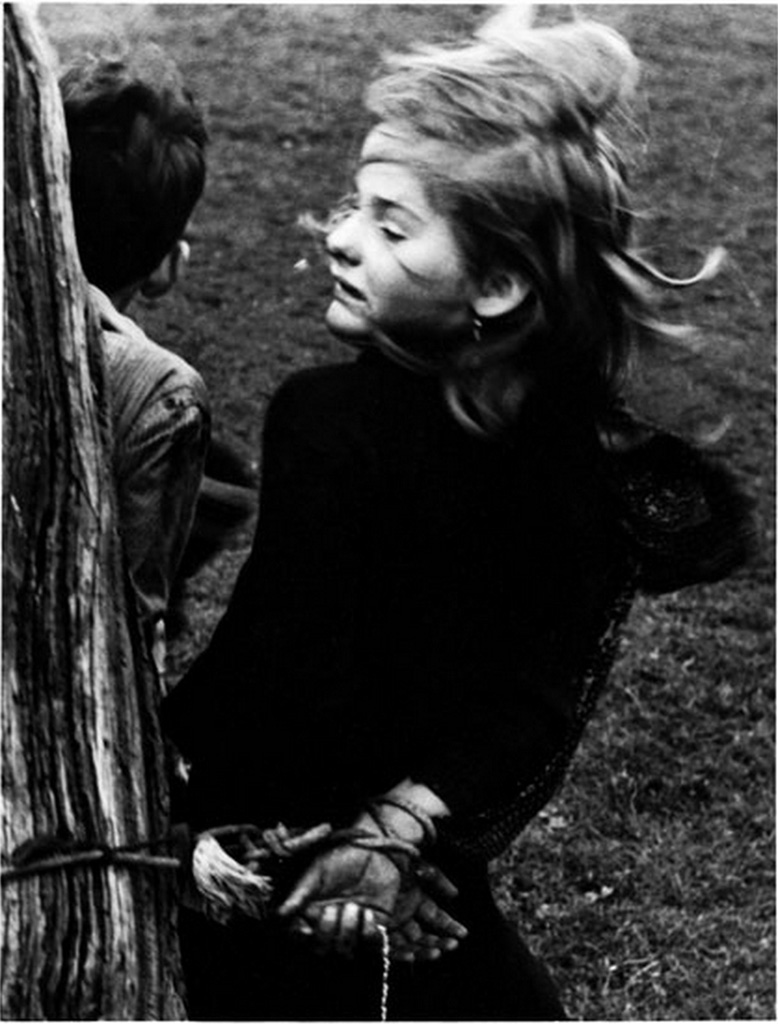 As this year (2005) marked the 60th anniversary of the end of the war, various media had put together special programs reviewing the war. NHK’s “Shin-Nichiyo Bijutsukan” (“Sunday Museum”) did a showcase of internationally renowned sculptor Isamu Noguchi’s work. The program shed light on the issue that his plans for the Hiroshima Peace Memorial were rejected for the simple reason that he was American.

The cenotaph for the A-bomb victims was eventually made by Kenzo Tange, and some of those who watched the NHK program will have noticed the mention of Yasuhiro Ishimoto for cooperation in the end credits. The photographs of Tange’s monument and the Peace Memorial Museum that were featured in the program were in fact taken by Ishimoto.

While the program did discuss Noguchi’s agony after his design was rejected just because of his American blood, seeing the name of Ishimoto, a man with an identity split between Japan and America, mentioned in the credits at the end evoked some rather deep emotions.

Ishimoto migrated to the USA immediately after graduating from Kochi Prefectural Agricultural High School in 1939. While many of his fellow students went to Manchuria, Ishimoto opted for going to America on his own to study agriculture first. He was encouraged by his mother saying his American nationality gave him the right to go to the States, but it certainly also was for her worries that her son would get drafted into military service if he stayed in Japan.

A few years after his arrival in the USA, however, Ishimoto was sent to the Amache Internment Camp for Japanese-Americans in Colorado. The name sounds crueler than the camp was though. While it did mean years of mental detention, it was less harsh than one might imagine, and Ishimoto was allowed to leave the camp before the end of the war.

When he returned to Japan after finishing school in 1953, Ishimoto was 32 years old. One of the reasons for his “visit” to Japan was to collect Japanese works to be included in the exhibition “The Family of Man” curated by Edward Steichen, photographer and director of the Department of Photography at New York’s Museum of Modern Art, on Steichen’s request. But Ishimoto, having come to Japan from the United States, received more cold stares than cooperation from the Japanese photographic circles.

Against the backdrop of the sense of mental stagnation and the ongoing quarrel between nation-states after World War II, the exhibition was designed to revive the belief in the fundamental good in man. After being shown at New York’s Museum of Modern Art in 1955, the exhibition traveled around the globe, and received great feedback. On display were a total of 503 works by 273 photographers from 68 countries around the world, including 40 works by 38 photographers from Japan. Ishimoto, featured as an American photographer, was represented by two photographs.

In the following year the show came to Japan, where it impressed many a visitor with the strong sense of humanism that penetrated the entire program. On the other hand, rumor has it that exhibited photographs of Nagasaki after the atomic bombing were hidden behind a curtain during the Japanese emperor’s visit.