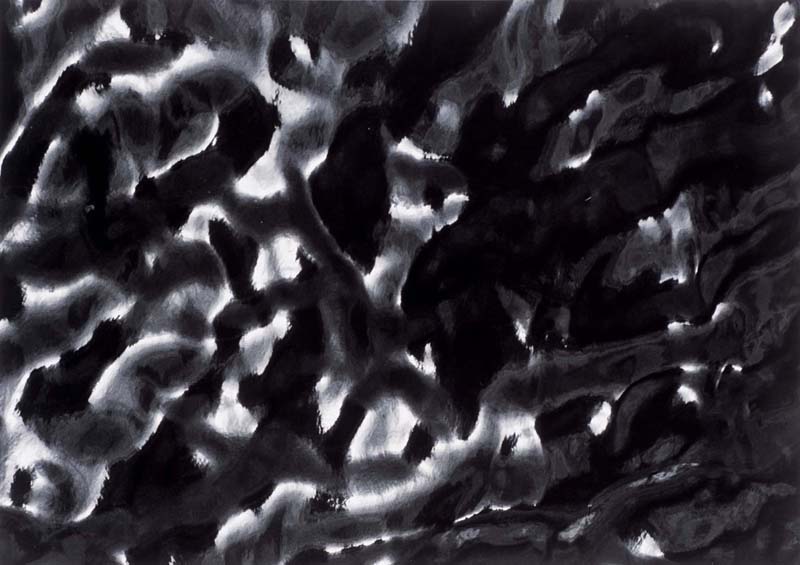 The Artistic Beauty of the Meguro River

Can you imagine that this is the water surface of a river? Even after being told that it’s a shot of the Meguro River, to me it looks like a modern ink painting.

The Meguro River is a river in urban Tokyo that crosses the Meguro and Shinagawa wards before arriving at Tokyo Bay. “The water downstream is dirty and black, but that’s actually what makes it look beautiful in photographs. When photographing clean and clear rivers, you get totally different pictures. Shooting with long exposure time results in photos that look just like ink paintings, whereas you get all kinds of different effects by slightly modifying your settings. Choosing a different day may give you results that are completely different altogether,” Ishimoto explains about the series of photographs of the Meguro River.

In Kochi, the water of rivers like the Shimanto River and the Niyodo River is perfectly clear, and inhabited by all kinds of animals. Playing and swimming in the river is an integral part of daily life here, especially with children. Even for those who don’t live near a river with clear water, there are plenty of opportunities to enjoy photos of those abundant streams, and I think that’s really beautiful. “Dirty water looks beautiful in photographs” – these words aroused some awfully complicated feelings in me.

In the course of industrialization, the discharge of polluted water and the construction of dams have triggered the gradual extinction of the vital force of rivers a long time ago, whereas “a stagnant river has the guts of a stagnant river (even though the river itself might not see it this way).” This does make one think that dirty rivers are perhaps not altogether displeasing, but nonetheless, there surely is nothing better than one with clear water.

Ishimoto started the series capturing the various faces of the Meguro River about ten years ago. Before shooting, he scrupulously checks tide schedules, statuses and moon phases in the newspaper, and ploddingly makes the 15-minute walk from his home down to the river. The undulations of the river surface change depending on the status of the tide, and also on light and wind conditions, so based on these factors he determines the timing to go down to the river several times and capture its different faces. Like a photographer in the great outdoors who thrusts into the headwaters of seas and rivers, he analyzes the weather and makes the trip to the inner-city stream around the corner.

The surface layer of the Meguro River that doesn’t reveal itself to those looking at it through the lens of a camera is only made visible through the process of developing and printing. As a result, pictures that exceed even the photographer’s expectations appear on the photo paper. Some look like abstract ink paintings, others seem to depict the textures of glaciers in the Himalaya, and yet others become weeds fluttering in the wind.

Although the Meguro River is a second grade river that is not exactly beautiful by any standard, in some areas its banks are dotted with cherry trees, shops and restaurants that project a rather stylish atmosphere. In recent years there seem to be environmental projects incorporating the Meguro River as a water amenity and relaxation spot. However Ishimoto, without even taking notice of such things, continues to point his camera down at the river from his place on the bridge. It apparently happens that people living along the river walk up to this oddly behaving elderly man and inquire with a puzzled look, ”What are you doing there?”