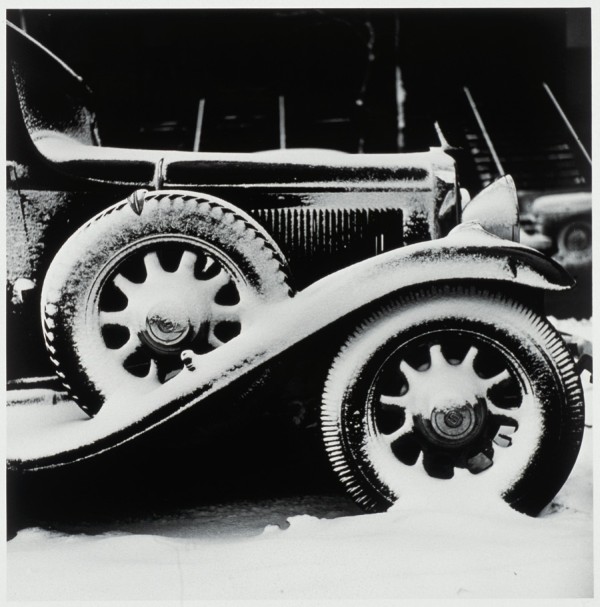 In the proliferating Japanese cities where architecture happens randomly and regardless of how a building integrates into its environment, and everyone puts up giant billboards for himself in order to stand out, urban planning is largely unrelated to aesthetic aspects. To the eyes of foreigners, the cities built on the principle of not adopting any principle seem to look rather interesting as uniquely novel Japanese urban landscapes.

Even sceneries that are normally an eyesore naturally turn into beautiful temporary designs once they are snow-covered and uniformly white. Nonetheless, when the snow melts it leaves behind nothing but mud, and all the beauty is ungilded in the blink of an eye. But still, for the little while of its existence, the snowy landscape is beautiful – sometimes certainly even more so than a natural landscape of rivers and mountains. It seems to have a somewhat soothing effect on the human soul. Snow is perhaps able to calm the noise that involuntarily enters our field of vision and stirs us up.

American cars of the 1940s are characterized by elegantly curved forms and voluminous dimensions, and when covered with the right amount of snow, they reveal truly artistic shapes. This is a photo that Ishimoto shot during his time as a student in Chicago. It looks extremely stylish, even sublime. Beautiful also from a design perspective, the scenery looks as if it was a typical sight in the Chicago winter, but as it turns out, this kind of subtle snow design seems to be rather rare. There is just too much snow. The photo was taken “one day” when the cars were beautifully dusted with snow, and there didn’t seem to be anyone around.

When he took the pictures for this series, Ishimoto was having the Weeds in Snow, one of only three photographs by his former teacher Harry Callahan that he got to see as a student, in mind. Ishimoto explains that, as Callahan’s photo was basically all white, with only a few weeds sticking out of a layer of snow, his idea was to “do the opposite – white on top of black.”

This series includes numerous pictures of snow-covered cars, as well as other plastic depictions of snow on reliefs in massive wooden doors, on steel fences, at the feet of stairs, and other sceneries that suggest marvelous collaborations between man (-made) and nature (snow).

This winter, the first snow came earlier than in average years, and even in Kochi, where snowy landscapes are normally a rarity, the end of last year (December 2005) saw the second highest snow level on record. Maybe we will have the chance to see beautiful snow designs also in Kochi this year.