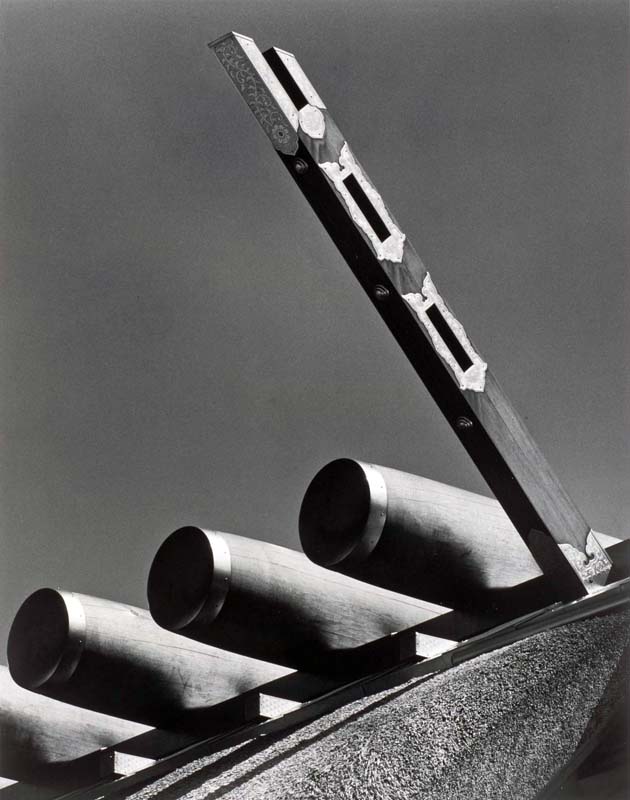 A person from the Jingu Museum at the Ise Shrine that I met about two years ago told me that they were “busy with sengu related events.” Surprised to hear that sengu, the periodic reconstruction/relocation of the shrine, is just around the corner again, I checked and found out that the next sengu ceremony was indeed scheduled for 2013. That’s still a few years away, but since there are as many as thirty different events during the period leading up to the ceremony, they are in fact already working on it now.

The Ise Shrine is rebuilt every twenty years at a different location, but in exactly the same style and shape. This will be done for the 62nd time in 2013, which means that this procedure has been repeated for about 1,300 years. It may seem a bit of a waste, but after rebuilding, the materials of the old shrine are reused for facilities in the new one, or given to other shrines across Japan.

The system of the periodic reconstruction was implemented first and foremost for the purpose of maintaining the shrine’s purity, but it is also said to be aiding the preservation of traditional crafts and construction techniques. If it were done once in a hundred years, those involved in the reconstruction would have to rely on written documents alone, but the 20-year interval makes it possible to hand down techniques directly from person to person.

Ishimoto’s first return to Japan after mastering the techniques of photography was in 1953, which happened to be a sengu year at Ise. During the relocation procedure at the time, such photographers as Yoshio Watanabe took pictures of the inner shrine, which had been kept off-limits and hidden under a veil up to that point. Fast-forward forty years to 1993. For Ishimoto, who had tackled photographing the Katsura Imperial Villa twice, and encountered the true Buddha in the mandalas, a new challenge had eventually come in the form of the Ise Shrine. At the time, only five film teams and photographers including Watanabe and Ishimoto obtained permission to shoot at the shrine.

While finally being allowed to do their work, photographers can no longer do so once the deity is inserted, and must of course adjust their agendas to accommodate the shrine’s schedule, which is packed with all sorts of ceremonies. There were only three days available for shooting at the outer shrine, and three days for the inner shrine. For these shootings, photographers had to show up at nine in the morning, dress in white gowns, and undergo the purification ritual, before finally entering the shrine around ten o’clock. The day’s further schedule included a lunch break of one hour, and then shooting again until 4 PM. As all photographers that were given permission entered the shrine at the same time, they had to be flexible and cooperative during their shootings. It was immediately after a typhoon, so the weather wasn’t stable yet, and all of them were desperately shooting every time the sun had found a gap between the clouds that were still rushing across the sky. There was no time to wait for good light whatsoever. Compared to Watanabe, who had been at Ise before twice and seemed very relaxed (at least to Ishimoto) at work here, Ishimoto himself reportedly looked like the devil in person during his shooting.

The results of the tough work at the shrine were published in a splendid photo book, which gives us the opportunity to see the bright and shimmering Ise Shrine at close range. Quite different from the Katsura Villa’s mellow, luscious atmosphere, here one can feel the cheerful venerability of the Ise Shrine, which they say “looks most beautiful after the erection of the main building.” ”The subtle curves of the Ise Shrine’s thatched roof, and the roundness of the brand-new pillars, are reminiscent of like human skin. While formally resembling the design of the Katsura Villa, here I seemed to sense something more raw that at the Villa,” Ishimoto remembers. In his pictures, the spanking new Ise Shrine appears utterly lustrous, and one can almost feel the cypress wood’s juicy texture.