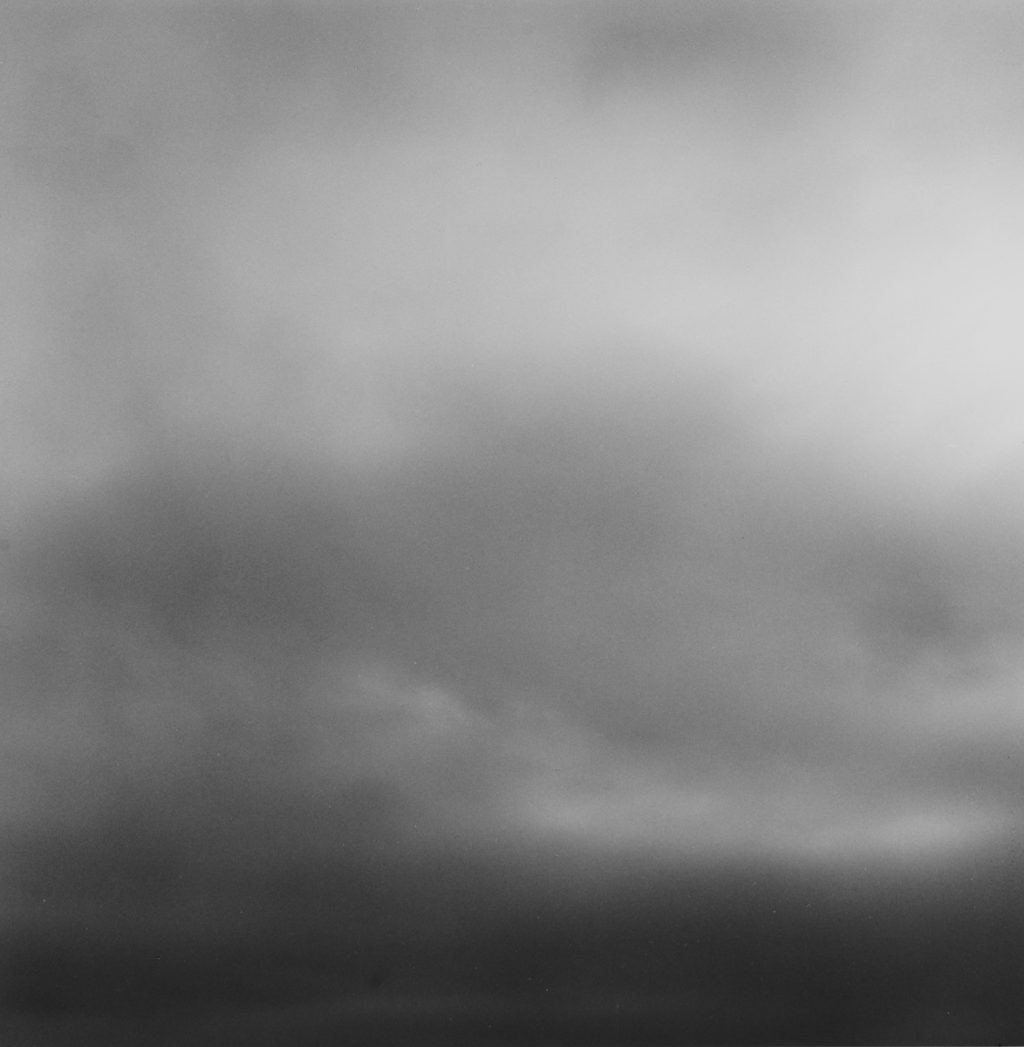 Underpinned by a formative sensibility that was inspired by the original Bauhaus style, and is sometimes described as materialistic, Ishimoto’s photographic eye shifted toward immaterial and constantly transforming subjects in his later career.

Clouds – accumulations of tiny particles of water and ice – keep transforming according to seasons and climates, and never remain in exactly the same shape even for a brief moment. Snow, another state of water, silently falls and piles up, but the light and fluffy blanket it creates on the streets never lasts long before it is trampled to slush, turns into water, and ultimately disappears.

The photographs of paper, on the other hand, can be seen as Ishimoto’s reflection and return to his creative roots so to speak, as they are reminiscent of some of his early studies that were inspired by publications by the likes of Laszlo Moholy-Nagy. Even though pieces of cut-out, rolled or bent paper do have certain shapes, in their depictions on photographic paper, they reveal shades of black and white that dramatically change depending on the light. It is this focus on the impalpable and the momentarily appearing and disappearing, where one can draw similarities with the pictures of clouds and footprints in the snow.

This exhibition showcases series of photographs of shapeless clouds, snow prints, and paper, representing the primary subjects in Ishimoto’s work from the 1990s until his late years.