HOME > Exhibitions > Past > The Mandalas of the Two Worlds, Ishimoto Yasuhiro Collection Exhibition

The Mandalas of the Two Worlds, Ishimoto Yasuhiro Collection Exhibition 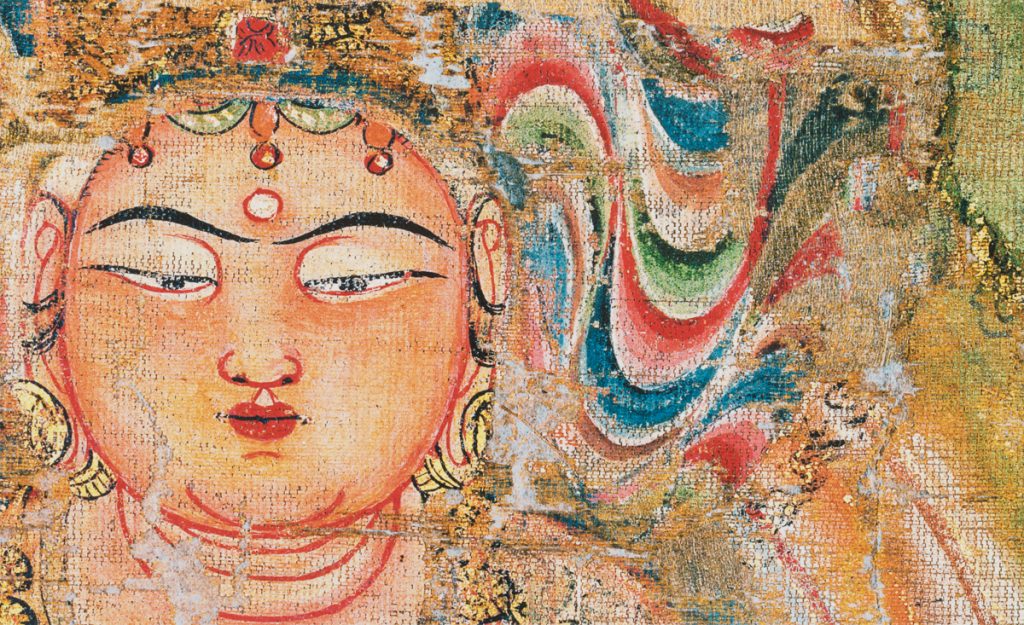 Ishimoto first encountered the “Mandalas of the Two Worlds (Sai-in Mandalas),” a national treasure at the Toji (Kyoo Gokokuji) temple in Kyoto, when he worked for the Taiyo magazine. The vivid beauty of the Buddha and Bodhisattva figures that he observed through his finder fascinated not only Ishimoto himself, but also the officials at the temple, which ultimately led to a very special photo shooting.

In that session, realized in the intense heat of the summer of 1973, Ishimoto devoted himself to capturing the over 1,800 deities that crowd these oldest existing colored “Mandalas of the Two Worlds.” In addition to the lively colors and relaxed brushwork that characterize the original paintings, the countless images, framed through the photographer’s eye that thoroughly closed up on the essence of the subject, scrupulously expose also such material details as flaking paint and rips in the silk. Portraying the Buddha and Bodhisattva figures with a feeling of vitality that makes them almost look like flesh-and-blood human beings, these photographs realized in collaboration with budding designers and cutting-edge printing technologies won the admiration of large audiences whenever they were brought together and shown in exhibitions or splendid photo books. The cosmic view of esoteric Buddhism, containing aspects like “eros” and “singularity” as manifested in the fertile world of the mandalas, went on to exert great influence on Ishimoto’s subsequent photographic work.

Featured in this exhibition are color prints that were digitally restored from the original positives in 2011, the final year of Ishimoto’s activity.