Having studied the concept and methodology of modern photography at the Institute of Design in Chicago after the war, Ishimoto Yasuhiro developed his own austere formative and compositional sensibility backed by the philosophy of Bauhaus style modern design, for which Kochi-raised Ishimoto became one of the most nationally and internationally renowned photographers in Japan. Ishimoto came back in Japan right after his graduation from ID, however he returned to Chicago and lived there again between 1959 and ’61. With those photos he took during this period, Ishimoto published his third photo book ‘Chicago, Chicago’ from BIJUTSU SHUPPAN-SHA. Ishimoto garnered acclaim for capturing people’ daily life in Chicaco, where Ishimoto lived in and studied photograph, with his searching and accurate eyes. 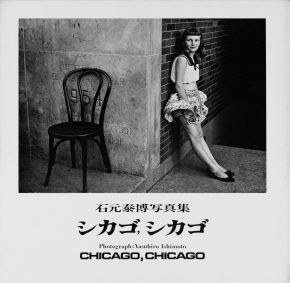