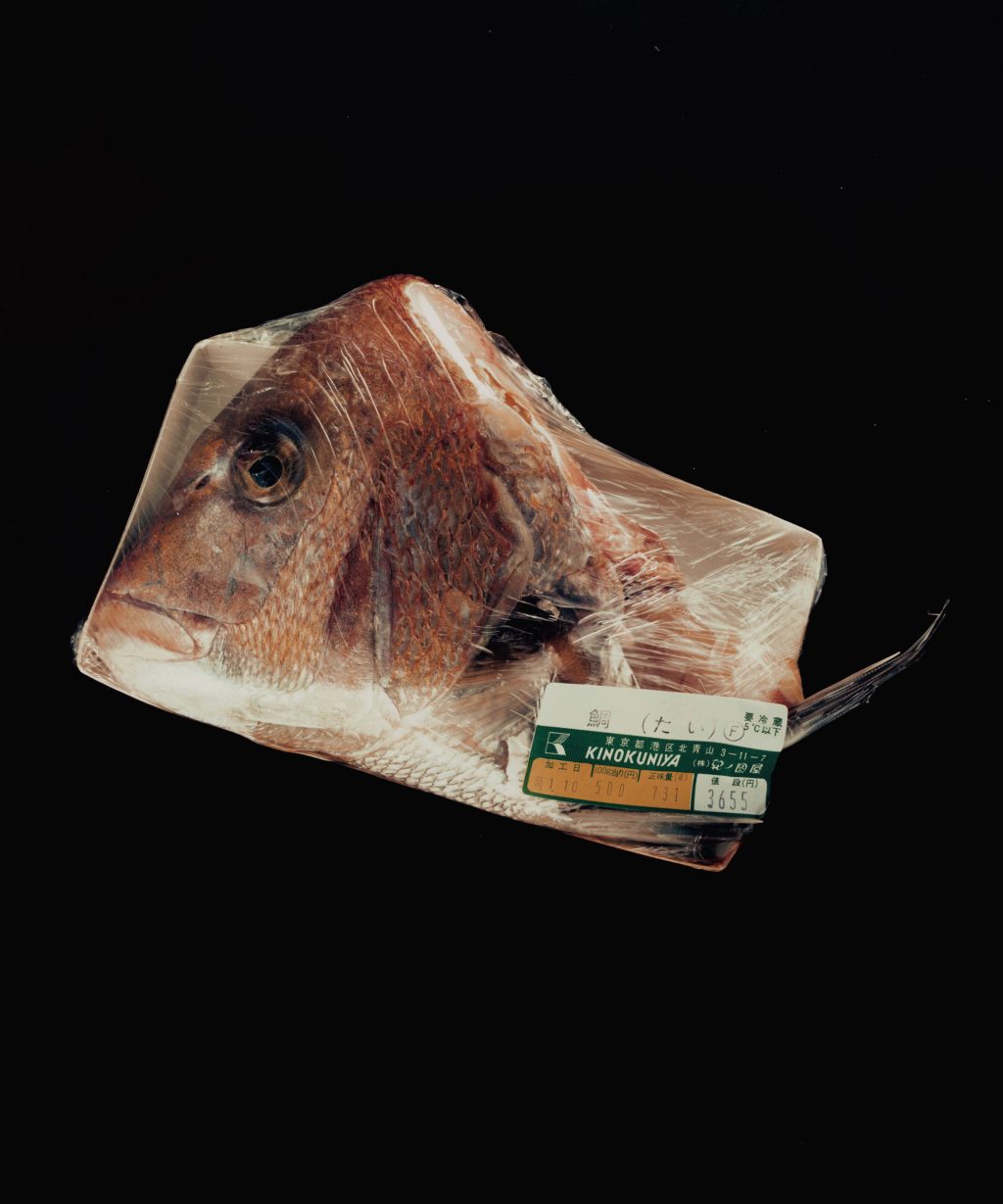 A neatly wrapped sea bream head on a tray, crab legs dismembered so that they are easy to eat, a pumpkin cut in half so that it is handier to use: the Wrapped Foods series consists of large-format Polaroid photographs (up to 20 x 24 inch images) of a plentitude of foods commonly sold in supermarkets. In 1982, a few years before producing these photographs of foods, Ishimoto Yasuhiro  published Series: Food Journal, a year-long series of twenty-four food photographs, with essays by his spouse, Shigeru, in Asahi Camera. The characteristic all these foods share is that they have been wrapped, in plastic wrap or other materials. In Series: Food Journal, Shigeru wrote that sea bream had been expensive and not often seen on the dinner table when she was a child, but “Now, if you loosen your pursestrings a little, anyone can buy them. But the head, wrapped up, is one part of a sea bream that has been carved into pieces. The head has been split in two, and is just a fragment of the fish.”* To her regret, in the pursuit of convenience, the distinctive qualities of the sea bream, its individuality, were being lost.
In the 1980s, Japanese lifestyles became more affluent and diverse, as people enjoyed the foods that became available in the context of mass production and consumption. That trend, however, was connected to a pursuit of foods that were uniform, simple, and convenient, and the safety and individuality of foods were lost. That loss may have been what Ishimoto was expressing in Series: Food Journal and Wrapped Foods.